The Hawaii of Europe (and no, it’s not Greece) – by Stephanie Sykora

Whether you’re studying in Europe, taking a gap year, or just travelling, there is a destination that seems to be rather unknown to us North Americans.

When we think of sun, Mediterranean beaches and islands, and stunning architecture the thoughts usually go to Greece or Italy. But the country of Croatia is gaining in popularity and has all these factors and more! 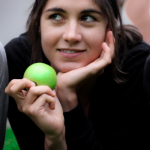 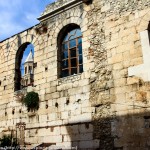 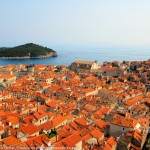 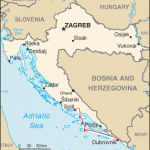 I this past September my sister and I went traveling and decided to visit this coastline rich, island copious country of Croatia, located in south-eastern Europe. With easily accessible transportation, we moved around the country with our backpacks using the local catamaran ferries (Jadrolinija) as well as some buses. Below are some highlights of my trip and places definitely worth visiting.

Korcula – this island is famous for its white wines, Marco Polo links, and a miniature-Dubrovnik-esque old-town.

Hvar – A party-happy island, home to numerous yachts, but also a great night life and beautiful clear waters and mini-islands to swim around.

Brac – Home to the famous triangular beach Zlatni, with round pebbles and lots of great wind, making it a kite and wind-surfers dream.

This port town holds a main attraction of the ruined ancient Roman Palace of the Emperor Diocletian. It is also the second largest city in Croatia and full of great beaches, culture, and seafood!

I would suggest anyone considering travelling in Europe to pop-over to the sunny destination of Croatia. They will enter the EU in mid-2013 and I have no doubt will be the next big destination in Europe as it’s popularity rises, so better get cracking before the rest of the world discovers it!

Stephanie Sykora is a graduate from UVic (2011) and has been working as an exploration geologist. She blogs at http://www.exploringthearth.com (twitter @stephsykora). She will be pursuing a MSc starting this spring