Taking a semester off – for an internship in South Africa 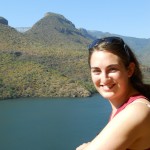 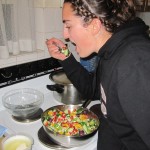 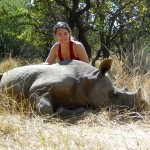 For those of you who don’t know Monica, here’s a brief introduction …

I’m a third year Commerce student at UBC from small town Williams Lake, British Columbia. I was lucky enough to grow up in an incredibly supportive community with fantastic parents who introduced me to travelling at an early age. I have always been interested in development work, and wanted to help countries in a sustainable way. Thanks to ARC and UBC Go Global, I have been able to do this.

What type of internship are you doing now in South Africa?

I am now in South Africa, as part ARC Initiative. The program was started through the Sauder School of Business (UBC) by a South African student from a small town called Phalaborwa who wanted to give back to the community he grew up in. As one of a group of 8 students, I’m here in Phalaborwa for a 3 month business internship and partway through our stay, professors and alumni will be coming out to put on a conference.

I am currently working on two projects, the first of which is a Marula oil extraction project. I have been examining the feasibility of their business plan and I will be assisting with the hiring of the first employees and carrying out the processes to start the business.

The second project is a Guest House. Sasavona guest house was started by a co-op of 10 women who were given a grant to start the business.  They built the structure but have almost no guests, and no idea how to move forward.  They have no marketing plan, no idea how to manage their finances, and most importantly, do not reply to booking inquires. I am currently working with another student (Victoria) to define a project that would be successful, helpful and do-able in our time line. We are hoping to help them with their check-in system and marketing.  For more info on these projects, visit www.arcinitiative.com.

Is South Africa very different from what you expected?

There are more affluent people than I expected. This sounds incredibly naive, but when I think of South Africa, I think huts and dust. In truth, there are a lot of people with nice houses and all the comforts of a normal North American household. The grocery store has Head and Shoulders Shampoo and my family showers daily. Most things we can buy in Canada, they can buy in South Africa.

South Africa is also much more divided than I thought it would be.  Actually, I’m not sure what I expected, but although Apartheid is over, people are still very segregated.  Of course not everyone is racist, but the remnants of the era are still everywhere. Black people tend to associate with black people and watch soccer while whites hang around with whites and support rugby. I am sure this will change over time, but it is a slow process. This is also magnified in the small town that I am living in. Apparently it is less apparent in the big cities like Johannesburg.

Finally, I expected to stand out more. Although the majority of the population is black, there’s a big enough population of whites that we can blend in and are not stared at too much, or asked weird  questions.

What are the major differences between Canada and SA?

SA has an energy and water shortage and everyone is very aware of it – here we have to be careful to turn lights and taps off at all times.

Of course there are also racial and cultural differences. South Africa has 13 official languages, and everyone speaks at least 2, usually more. Conversations often happen in more than one language, switching back and forth to use the word that best describes what you’re trying to say.

Also, there is still a racial divide and an even bigger economic divide.  Although we have the downtown east side in Vancouver, you rarely see really poor people. In SA the entire countryside is full of huts and people with very little, while towns have houses of all economic status- from simple houses to big mansions. The divide is much more obvious.

How do you like the people you’re staying with?

My host family has been very kind, but living with any family is a challenge and adaptations have to be made on both sides.  For example I have had to put more effort into making my bed every morning. However, they make delicious food for us and have been kind about sharing their culture and ways with us. We do still have some awkward moments when our ideas and morals conflict, but we have got used to it.

What tips would you give to other students looking to do similar things?

Remember what you are doing and fully commit. I was talking to another girl on my team recently about whether we are having fun or having a blast. There is no doubt we’re enjoying ourselves and having an incredible experience, but we both settled on having fun. We are here to work hard and be challenged. At work, at home, and within the team there will always be difficult situations, and that is all part of the experience. Realize that you are going to have fun, but it is also going to be tough. Also, do as much research as possible, but take everything that people at home say with a grain of salt. Most people may have not been to the exact place you have or have been in the same situation, they may have outdated information, or it will just not be relevant to you. Reserve judgement until you are there as much as possible. Finally, do everything in your power to ensure that you don’t give up any experiences because of money. When you’re paying to fly across the world, don’t cheap out while you are there. Student Loans are there for a reason 😀

How has your time in SA changed your personal views?

I value and understand my education more. There are a lot of things that I take for granted or refer to as “logic.” Through my time here and my project, I have come to realize just how much of this logic is learned, and how hard it is to explain.

I also take energy and water much less for granted. I am aware of every light I turn on and every piece of equipment I charge. I leave nothing plugged in when it is not charging, and confirm that all taps are fully closed.

I also have an increased awareness of racial issues. For example, I was playing chess the other day and said “white always goes first.” Something I had never thought of in a racial context before, but now do.

Finally, I will never take my independence for granted again. Living with a family in a town where public transport is not really an option, I have to walk or get a ride everywhere. If we want to sightsee, we have to try to find someone to take us or somehow rent a van. We can’t walk around in the dark, so as of 6pm we are basically confined to our houses or we have to ask for rides. Our independence is almost completely gone, and as someone who is so used to living alone at UBC and taking transport everywhere, this has been a challenge to adjust to.

What are you looking forward to next?

School! I haven’t been home and in school for more than a semester for a while.  Both of my experiences have given me a stronger motivation to study and have made me appreciate the friendships I have at home. I am very excited to return home and spend time with friends, go to school, participate in extracurriculars, and have a normal life for a while. Then again, that’s what I said in January and I ended up in South Africa five months later, so I’m sure I will be on the road again soon!

Thanks so much, Monica!! I can’t wait to read more about your experiences on your blog, too!

Be sure to follow up on Monica’s adventures in South Africa on www.monicamcmahen.wordpress.com