Need A Change After Graduation? Travel Abroad For Grad School

An article written by TalentEgg 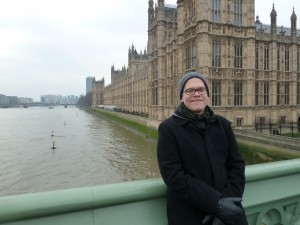 After graduating from the University of British Columbia with a Bachelor of Science in Engineering Physics and working for a few years in Vancouver as a Technical Support Analyst, Oscar Plag wasn’t particularly happy with his job. He needed a change. A big one.

So, last May, he decided that he wanted to study abroad. “I thought going to grad school outside of Canada would give me some perspective and experience,” he says. “Also, I knew it would be lots of fun!”

Oscar knew he wanted to complete a graduate degree in computer vision, so he researched a number of different options and settled on University College London’s Masters in Computer Graphics, Vision and Imaging program in the UK because of the school’s reputation and central London location.

Since he would be abroad for a whole year, from September 2011 through September 2012, he had to tie up all of the loose ends here in Canada – he quit his job, got rid of his apartment and prepared to move.

“Moving across the globe to a different country can seem very overwhelming and difficult, but it’s well worth it!” says Oscar. “There are a lot of things to take care of both before you leave and after you arrive, but if you just put your mind to it and tackle each task one at a time, it’s really not too bad.”

Upon arriving in London, he stayed with a cousin for the first few weeks and then found his own flat. (Sounds very London-y already!) He says he missed his friends and family back in Canada almost immediately, but he made an effort to make new friends as quickly as possible to avoid feeling homesick.

And although his workload at school is a bit heavier than he’s used to, he’s already had the opportunity to travel around Europe and experience many different countries, customs and cultures, including trips to Sweden, Spain and Morocco!

“It’s a great way to get a different perspective on life and education. Having the opportunity to live in a different country is much different than just visiting it,” he says. “You get to see and experience everyday life instead of just visiting all of the main tourist attractions and moving on. It really allows you to see the world and even Canada from a different side.”

Discover the world of education and travel at the upcoming Study and Go Abroad Fairs, to be held in Vancouver, Montreal and Toronto in March! Click here to pre-register online.