My Trip to Europe – by Study and Go Abroad Prize Winner, Shelby Feldman

The prize, a free roundtrip anywhere Air Canada flew direct, allowed me to cover more ground in Europe and not only educate myself in a cultural sense, but in a professional sense as well. As my Dad was presenting at a tradeshow in Köln, Germany, my Mom and I were able to make this European adventure a family affair.

Upon arriving in Frankfurt we quickly caught a connecting flight to Prague, Czech Republic. Prague has so much to offer – the Charles Bridge, a castle, the Lennon Wall, and in fact every street offers a picturesque view. However, the most meaningful experience I had in Prague was a tour of the old Jewish area and the synagogues – and even a few mosques – which are a part of it.  This tour left a lasting impression on me not only because of the history, but also because my family is Jewish. We were able to learn about the past and present view of culture and religion, which provided personal takeaways. 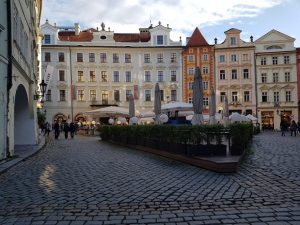 Köln was the next destination, and also the venue for the tradeshow. The city has a wide array of sites to visit, such as a cologne factory, the Lindt chocolate museum, and a large gothic cathedral that can give you a sense of vertigo if you stare up at it for too long. The city was bustling with numerous nationalities, as the tradeshow is the largest of its kind in the world and hosted people from across the globe. This multi-cultural European city gave us an opportunity to meet and have interesting conversations with locals and international visitors.

Following Köln we went to Koblenz, which has a lot of pedestrian streets to discover, and a historic fortress to peruse. Our final stop, Mainz, a small city just outside of Frankfurt, offered us a totally different experience as there were minimal crowds, and I felt very relaxed exploring this very walkable city. 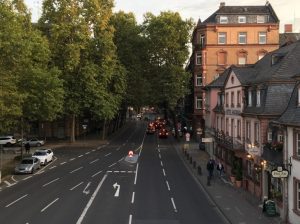 I was able to return to Calgary feeling satisfied with my adventure and more educated in a cultural sense. Overall, I am extremely grateful to have had this opportunity to travel more and expand my global mindset, and it wouldn’t have been possible without Study and Go Abroad Fair offering an educational platform to begin with.