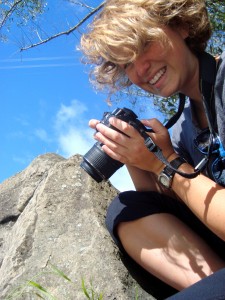 I won’t deny that high school is a very important time for young adults. We’re introduced to all the basic studies all the while honing in on a potential career choice. So it was a little unusual when my parents and I decided I would take a month off school in grade 11 to travel with family in Europe.

Now, I have a rather poignant memory of a teacher addressing my grade 11 class – mere days after I had returned – something to the effect of: “I find it very irresponsible of parents to take their children out of school for vacations during such an important time.”

My retort, naturally fully formulized days after the opportunity to express it had passed: “I learned more in that one month than I did the entire school year.”

This response is the truth. And backing me up are 25 university presidents who converged in Ottawa early February to discuss the future of post-secondary education. They came to the consensus that Canadian students are not getting enough international exposure.

According to an article in the Globe and Mail only 12 per cent of Canadian students venture on educational exchanges. Nine out of 10 students don’t even leave their home province for post-secondary.

The overarching concern is that without experiences abroad Canadian students fall short in their level of innovation and global understanding.

Explaining the benefits of travel, Dalhousie University president Tom Traves said it best: “It exposes you, it transforms you, changes you as a person – you never see the world in the same way again.”

So my fellow Canadian students (whether you are officially enrolled or the unofficial live and learn-er), I can’t see any greater incentive to pick up and go.

So here I go. Next stop: Singapore.

** Follow me as I blog about my experiences as a Canadian student traveling in Singapore, documenting lessons learned and profiling students from other nationalities about their decision to travel or study abroad.

The Globe and Mail article: http://bit.ly/wakdqs