Grand Draw Prize winner from Fall 2011 – Trip Down Under

Julia Zu attended the Fall 2011 Study and Go Abroad Fair and was the lucky prize winner of the Qantas flight to Australia.  Read on to find out more about her trip. 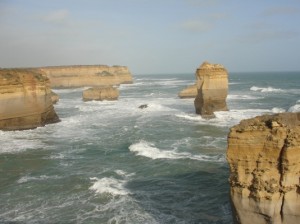 Shortly after the Fall 2011 Study and Go Abroad Fair, I received an email to say that I had won a flight to Australia.  I could not believe my luck! (The biggest thing I have ever won in my life was probably $10 from a scratch & win lottery card). After claiming for my prize, my grand trip planning began.

I took my mom with me on this trip, since she has never been to Australia either. With recommendations from our family friend in Sydney, I decided to visit four places on this trip: Sydney, Gold Coast, Cairns, and Melbourne.

Sydney: We stayed with our family friend there for 3 days. (Aug 30-Sept 2)

Day 1: On the day of our arrival, after a 26 hour flight, we went to the Sydney Fish Market directly from the airport for lunch.  The oysters looked so fresh we got 3 dozen of them! We also had some wine and beer to go with it since it’s legal to drink in public in Australia 😉

After lunch, we visited Bondi Beach, which is the most popular tourist beach in Sydney. I was so excited to put my feet in the smooth and seaweed-free sandy beach. After that, we went to the Sydney Harbour National Park–Gap bluff. It’s the only gap where boats can have access to the Sydney harbour, which makes it one of the safest harbours in the world. 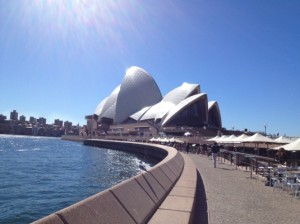 Day 2: We visited the Sydney Opera House, Botanical Garden, Royal Art Gallery, and in the evening, we took a boat cruise of Sydney Harbour, departing from the Darling Harbour.

Day 3: We went to the Paddy’s Market which is close to Chinatown; it’s the best place to get souvenirs. Then we spent most of the day shopping in the city center, and went to the Zoo beside Darling Harbour and saw Koala bear for the first time.

Day 4: Flew from Sydney to Gold Coast. After arriving and renting a car, we arrived at the B+B I had booked online.  We took it easy and went to the Robina Town Center for shopping and rested early for the next day! 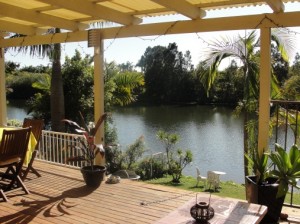 waking up to beautiful waterfront and sunshine every morning felt amazing!

Day 5: We spend the day at Dreamworld. Ther’s a wild life park inside, and it’s one of the few places left where people are still allowed to cuddle a Koala bear and take photos. 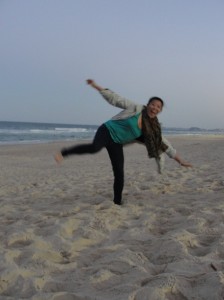 Day 7: We flew from Gold Coast to Cairns and stayed at the Best Western Sheridan, close to their city center. We took a stroll along the Esplanade and went to the local night market after dinner. 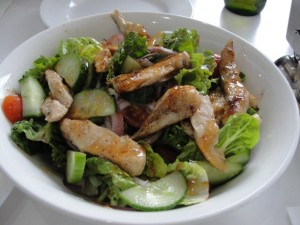 I tried the croc meat salad for dinner

Day 8: We went  on a one-day Daintree forest tour, where I tasted the butt of a green ant that tastes like lime! 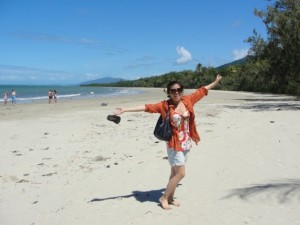 Cape Trabulation, where the rainforest meets the Great Barrier Reef

Day 9: We went on a day tour to the Great Barrier Reef with Seastar and spent the whole day snorkeling (Michaelmas cay & Hasting reef)

Day 10: Flew from Cairns to Melbourne. By the time we arrived, it was already late afternoon. We stayed in the city centre at a place that we booked from airbnb again. Melbourne is very similar to Vancouver; it rains a lot and is famous for its food culture.

Day 11: Great Ocean Road: booked with a local tour company since the drive is quite long and I was not comfortable with driving on the opposite side of the street!

Day 12: We went on another day trip to Philip island; the trip included a visit at a private Zoo, the Koala conservation, and the highlight of the trip –little penguins marching home from the ocean! 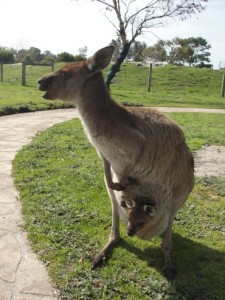 Tips and interesting facts about Australia:

Remember to bring an adaptor plug/travelers’ convertor as they use a different plug
Melbourne has an extremely high minimum wage of close to $17/hour
All stores and shopping malls close very early. There is only one day a week where the mall is open until 9pm; on all other days, they close between 4-6pm.
Taxes are included in the pricing, and there’s no need to pay tips for eating out!
At the end of winter/beginning of Spring, the temperatures vary dramatically throughout the day.  Although the weather network shows it’s the same temperature as Vancouver, I had to wear a ski jacket because it was so cold and windy!