Top Ten China Treks: From Everest to the Gobi Desert and a week on the Great Wall (Part 1) – by Asmita Sarkar

China is vast and when it comes to culture, climate and geography the diversity is astounding. When you look for hiking destinations in China, expect to find many, each with its challenges, and breathtaking scenic beauty.

Here are five that we consider in the Top 10 – keep checking back for our next post for the other five.  Tibet and Yunnan both take up three of the ten spots on this list.  While all of Tibet’s treks are on the “remote list,” Yunnan has two spots on the “more accessible list.”  Great treks in Tibet, nicknamed the rooftop of the world, will not come as surprise.  However it is also no coincidence that Yunnan Province, China’s most diverse province in terms of topography, environment and ethnic diversity, also has three of the top treks.  Amazing treks are one of the reasons Lonely Planet states, “If you have time for but one province in China, Yunnan should be it.” 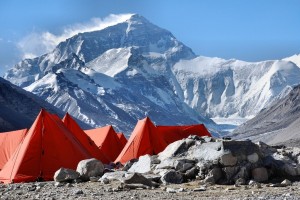 The world’s highest mountain peak, although regularly climbed by intrepid mountaineers each year, still remains one of the most perilous and daunting venues for climbing. If you are not up for climbing the peak, you can still experience the austere and dangerous beauty of Mt Everest from one of its base camps. The usual route to the North base camp starts from the Tibetan capital of Lhasa. Towards the Tingri region the route covers the town of Lhatse from which point you will get the best view of Mt Everest. The permits to enter Tibet can be a hassle, but this revered mountain peak is well worth the effort. Once you reach the base, take your time walking along and enjoying the spectacular views – we recommend taking a guide with you to show you the way. 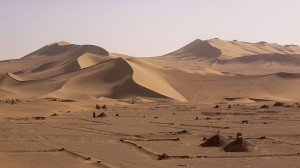 One of the greatest deserts on earth, the Gobi desert evokes a strangely beautiful landscape with a vast expanse of rocks, gravel and delightful nothingness. A place of extreme temperatures, the best way to trek the Gobi is on the back of a two-humped camel. Look out for a few wild Bactrian camels on your way.  One of the most exciting spots is the area surrounding Dunhuang. You can choose to go horseback riding at Yangguan Pass, the historic setting for epic poems, and explore the rock foundations of Yadan National Park, Crescent Lake and Sand Mountain. You can also marvel at the beauty of Mogao Grottoes, a series of ornate Buddhist caves in the middle of nowhere. Few places in the world are as exotic yet charming. 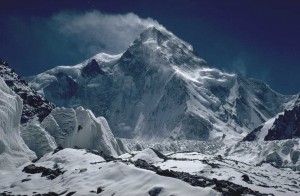 The world’s second tallest mountain peak, K2, has been called the ‘Savage Mountain’ and a trek to the base camp will test your spirits. The best way to access K2 base camp is through the desert of Xinjiang. The usual route starts from Kashgar, the capital of the province and an important destination in the once great ‘’Silk Route’’. The route then follows a path along the Yarkand and Shaksgam rivers, and the spectacular glaciers of Karakorum.   Most of the route needs to be done on foot, but you can hire mountain camels in some places to carry your gear and tent up the mountain.

Nujiang River Valley, also called the Salween valley in Myanmar, is located in the far north-western part of Yunnan Province, in a remote and rugged region that is still mostly unspoilt.  The far northern region of the valley is part of the UNESCO protected “Three Parallel River National Park.” This trek features a diverse offering of flora and fauna, tribal villages and quaint churches built by Catholic missionaries during the last century.   Here, you will get to meet many ethnic minority groups, including the Nu, the Lisu ,the Durong and Tibetans. You can start the trek from Liuku, a small village situated on the Gaoligong Mountain, and finish in Tibet. Alternatively, you can take a different route and start from Dimaluo and finish in Gongsham. Many travellers leave the valley and continue on to finish in the Tibetan land of Deqin. 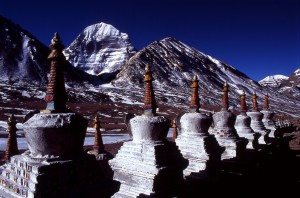 Mt Kailash is the holiest mountain in Tibet and draws pilgrims, nature lovers and avid mountaineers alike. Birthplace of three mighty rivers in Asia, the Brahmaputra, the Mekong, and the Indus, Kailash mountain is also home to two beautiful lakes: Manasarovar and Rakas Tal. Trekking along the route around Mt Kailash is called “doing a kora” and you will meet many Tibetan, Hindu and Buddhist pilgrims from around Asia along the way. This sacred trek is physically demanding and you will need to get a Tibet Permit, Alien’s Travel Permit & Military Permit.  Although there’s a lot of paperwork involved, the mix of breathtaking views, spirituality and beautiful temples that dot the way up to the mountain make it worth the effort. 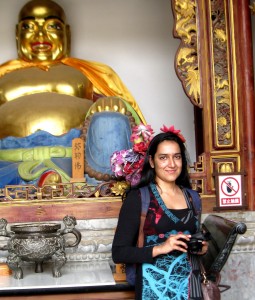 Asmita currently works as program Associate with Minds Abroad, a U.S.-based organization that conducts study abroad programs in Asia, specifically China, Thailand and India. Before joining Minds Abroad, she completed her MFA in contemporary art practice from UK. Currently she balances her art practice with education and travel. Now, being a part of a study and travel abroad organization, she has many opportunities to travel in and around China and India while doing what she loves. Asmita plans to continue exploring possibilities within the field.