Listening to a busker playing the panpipes today reminded me of my many trips to South America.  I learned Spanish from an early age and I love the language, the Latin culture and the warmth and spontaneity of the people. If you are looking for a fascinating mix of culture, history, and spectacular scenery,  add South America to your ‘bucket’ list .. and let’s start with Peru .. 😉 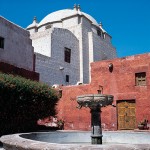 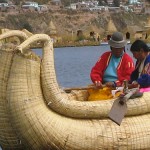 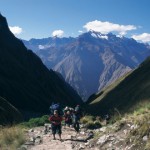 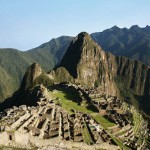 At the time that I wanted to visit Peru, Lima was on most embassy’s  ‘danger, do not visit’ list so I signed up for a ‘small group’ tour offered by Journey Latin America, a UK based company (check out their website – they have some very cool trips).  ‘Small groups’ are typically 10-12 people, with a tour leader who is more of a facilitator, to make sure we get on the right plane, bus or train.   Most people signing up for these tours are pretty independent and the schedule is very flexible – you can leave the group to spend longer in one place, join it again, as you want.

Peru is a fascinating country – clinging on to the Andes, between the driest desert in the world and the lush rain forests, snow-capped mountains to rocking cities and with a history going back 5000 years!   Tons to see and do .. and far too much to include here, but I wanted to share with you a few must-sees :

We took a boat ride from Puno on Lake Titicaca (which sits at an altitude of 3,811m …. the highest commercially navigable lake in the world).  This huge lake borders Peru and Bolivia, and is home to the Uros tribe (around 2000 of them) who live on 40 or so floating islands made of reed.  The Uros, with their basic reed homes, pre-dated and outlived the mighty Incas with their huge stone temples!  Amazing!

This is a great video of the lake, the islands and the Uros people.

There are many beautiful colonial towns in Peru. On our visit to one of them, Arequipa, we did a side trip to the Valley of the Condors, Colca Canyon. This is one of the few places in the world that you can see the Andean condors – huge birds with a wing span of up to 10 ft. Our guide told us that it’s not unheard of for a condor to pick up a baby donkey!

Cusco was the historic capital of the Inca Empire and is now a World Heritage site. It’s also the launching pad for the famous Inca Trail, generally considered one of the top 5 treks in the world.

We did the 45 km Inca trail in four days, although you might want to consider a day or longer to acclimatise to the altitude (the highest point is 4,200m). It was quiet in those days – few people on the route – although I believe these days it’s much busier. Plan to go between June and August, which is the dry season. During the four days we went through some dramatic changes in scenery, climate, and plants, flowers and birds. The trek combines stunning mountain scenery, lush cloud-forest, subtropical jungle and a good mix of Inca paving stones, ruins and tunnels. However, nothing really prepares you for the final destination – Machu Picchu, the mysterious “Lost City of the Incas”. With the spectacular location on top of the mountain, this city was never found by the conquering Spaniards and was virtually forgotten until the early part of the 20th century.

Other highlights for Peru include the Nazca Lines (now a World Heritage Site), drawings in the desert depicting hummingbirds, spiders, monkeys and other animals).  These were thought to have been created by the Nazca culture between 400 and 650 AD.

The Atacama Desert is a plateau covering 1000 km trip of land on the Pacific Coast, west of the Andes.  The desert is the driest desert in the world

Great websites to find out more information on Peru: