Encounter new cultures in your own backyard: explore Canada’s diversity through photography 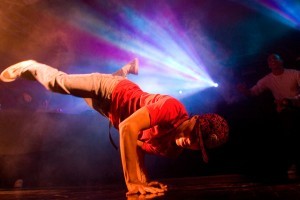 Going abroad can be a great experience. Travelling brings you in contact with other cultures and new perspectives, and expands the way you think and understand the world.

But here’s the thing: so can staying in Canada. Canada’s foreign-born population is now over 6.8 million—that’s over 20 percent of the total population. In the 2011 National Household Survey, Canadians reported more than 200 ethnic origins. Right here at home, we are surrounded by (and part of) a world’s worth of cultures. We can encounter difference, learn, and grow, without travelling halfway around the world. Canadian identity? Try identities. That diversity can’t be contained in one catch-all term.

That’s why Passages Canada is encouraging youth up to age 29 to share their personal take on cultures in Canada, with the Imagine Culture photo contest. Students and non-students alike are encouraged to snap a photo that explores the cultural traditions in their family, a school, or community. A favourite food; a treasured object; a family photo album; a neighbourhood building; or even just a face in the mirror. Passages Canada is asking: what stories of Canada’s cultural heritage are told by these people, places and things?

Documentary photographer Colin Boyd Shafer just finished a year-long project called Cosmopolis, in which he photographed someone from every country in the world who now calls Toronto home. He has created a tip sheet for the Imagine Culture contest to get participants thinking about the incredible power of photography to tell stories—specifically stories of identity, and stories of migration.

Tap into that power, and open your mind to new cultures without setting foot outside Canada. Get out your phone, or your camera, snap an image, and be part of the conversation about diversity and Canadian identity.

Passages Canada is a storytelling initiative of Historica Canada. Submit your original photography to Passage Canada’s Imagine Culture contest by March 31, 2015, and win cash prizes of up to $1000! For full contest details and to submit online, visit the website.