Why the Costa del Sol, Spain, is a Great Place to Study Abroad – article by Gemma Harris 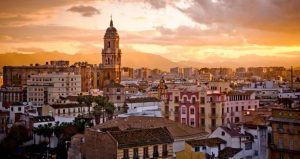 If you have considered Spain as your choice for study abroad, then you may automatically have considered the most publicised and biggest cities – Barcelona and Madrid. Without a doubt, these cities are vibrant, buzzing, and alive, with gorgeous architecture, tons of opportunity for sightseeing, and fabulous schools and colleges. However, big cities aren’t everyone’s cup of tea. Take nature lovers and those who partake in outdoor activities – for them, proximity to the mountainside or sea, make take precedence over stunning architecture. Others, who may hail from smaller towns or cities, panic at the idea of living in a big city. These student travellers may be worried about being too stressed out or suffering a panic attack, in a big, noisy city with loud transport, overcrowded streets and little space to just relax.

If for whatever reason you fancy study by the sea, one of the best choices you could make in Spain, is the Sunshine Coast (Costa del Sol), in the South of Spain. The capital of the Coast is Málaga – a thriving city that has really made a name of itself on the artistic scene lately. The city is home to the first Pompidou Centre outside Paris (a gorgeous pop-up underground museum whose décor resembles a glass Rubik’s Cube), as well as the Carmen Thyssen Museum (featuring a vast collection of 19th-century art) and the Contemporary Art Centre, featuring exhibitions by some of the world’s top artists. Málaga also has the Picasso Museum; Picasso was actually born in Málaga, and grew up in the little square now called the Plaza de la Merced. His family has donated a host of impressive paintings, sculptures and drawings by the artist, making this museum one of the best to visit. If you are a Picasso, fan, you should also visit his childhood home, which now houses a small museum.

Málaga is a buzzing theatrical town, with the Teatro Cervantes in the City Centre hosting performances of all kind, featuring top opera performances, plays, musicals, and more.

Within the City Centre, there are a wide variety of excellent restaurants and tapas bars, where you can enjoy a beer and a tapa for just a few euros. Those who are into creative dining will delight in knowing that Málaga is home to more Michelin-starred establishments than any other city in Andalusia (the south of Spain). Particularly famous is Dani García, a Chef whose eponymous restaurant in Marbella boasts no less than two Michelin stars. Try his Alice in Wonderland tasting menu, featuring a host of ultra creative dishes that often seem too beautiful to eat.

Marbella, around 45 minutes away from the capital city of Málaga, is the St. Tropez of the Coast, with dazzling high-end shopping and an elegant port which is home to luxury yachts from around the world.

Another attractive feature of Málaga for students is the big demand for English lessons. If you have completed a TESOL course and you’d like to earn money while you are studying, you won’t have any difficulty finding a job at a local academy or even making money through private tuition. Since Málaga is such an important tourist destination, the demand for English is huge, particularly since the quality of English teaching at state schools needs improvement. You won’t make a big salary teaching, but if you work full-time, you will definitely be able to afford your rent and food, as well as the normal expenses of travel overseas. Moreover, as an English teacher, you can take your pick from the different cities that dot the Coast, including Marbella (which is a good choice if you wish to visit an international area where you can meet people from all over the world) and Málaga (a better choice if you want to learn Spanish).

The latter brings us to the ultimate reason why you might want to study in Spain in the first place: to learn Spanish or hone your skills in the language! We recommend that you either live alone, or share accommodation with Spanish students; if you exclusively socialize with other English speaking students, then you will be tempted to take the easy route and speak English all day. The best way to really learn a language is through immersion; forcing yourself to speak in the language you are learning – and that can only happen if you spend the majority of time with native Spanish speakers.