What’s the outlook for the Canadian dollar in the next 12 months? – By Peter Lavelle

If you plan to study abroad, the value of the Canadian dollar will have a big impact on the affordability of your plans. So what’s in store for the loonie in the next 12 months? Find out here! 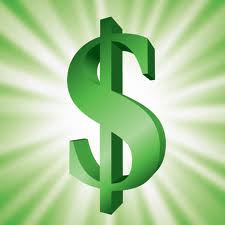 If you plan to study abroad, the good news is that the outlook for the Canadian dollar is, on the whole, pretty rosy at the moment.

Why? Because Canada’s economy is in good shape, or at least compared to the rest of the developed world, and that’s lifting the loonie.

For instance, it might interest you to know that Canada created more jobs last month than at any time during the last decade, at 95,000.

That’s good news that you won’t find anywhere else in the Western world right now, which in turn sends the Canadian dollar higher.

In other words, if you plan to study in the UK, Eurozone or Australia in the next 12 months, you can expect your studies to become cheaper.

However, it’s also true that there are things that might prevent the Canadian dollar rising in 2013/14.

First and foremost, the US Federal Reserve might bring its economic stimulus plan to an end.

This would bring down the Canadian dollar, because it would mean less American cash flows to Canada.

Secondly, the Bank of Canada might disappoint investors, and fail to raise interest rates above 1.0%. This would prevent the loonie from rising, because the lower interest rates are, the less profitable Canadian investments become.

Given that, yes, it’s most likely that the Canadian dollar will strengthen in the next 12 months, in which case your studies abroad will become cheaper.

However, this is by no means certain. If you plan to study abroad, it’s therefore worth keeping an eye on the foreign exchange rate!

To find out when the Canadian dollar is at its record high, sign up to Pure FX’s free newsletter. We’ll tell you when the best exchange rate becomes available.