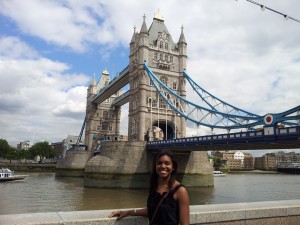 Earlier this year I received one of the most exciting emails…possibly ever … informing me that I won one of the grand prizes from the Study and Go Abroad Fair which was a flight to Europe on Lufthansa. I have never won anything before, so you can imagine the shock and excitement I felt. I attended the Study and Go Abroad Fair to look into law schools in the UK.  I was so grateful for this prize; one reason for this was that I realized it was an amazing opportunity to visit the universities I had been considering. So in August I embarked on this fun adventure. 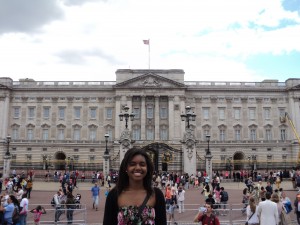 I decided to take my mother with me and we visited London and Paris. We spent a week in London and by the end of it we felt like locals! We toured Kensington Palace and Buckingham Palace. We also toured a couple of the magnificent churches, Westminster Abbey and St Paul’s Cathedral, which were filled with an immense amount of history and breathtaking architecture. After climbing literally over a hundred steps at St Paul’s Cathedral, we were blown away by the picturesque views of all of London and captured some splendid pictures. 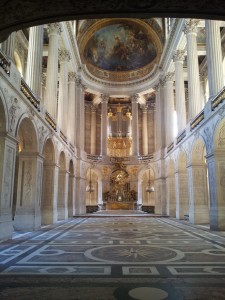 We also took a mini trip up to Wembley Stadium where we were greeted by an extremely enthusiastic tour guide who was eager to impress us with stories, facts and with a visit to the football locker rooms. I was also able to do a couple of university tours, which were extremely insightful and allowed me to put into perspective what I learned from the universities at the Study and Go Abroad Fair. In addition, I went on a Thames River Cruise, visited the Tower of London, Tower Bridge, the Monument,  watched The Bodyguard Musical (a must see) and a couple of other places! 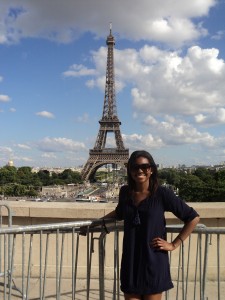 The second and final week we spent in Paris, which was so rich in culture and history. We were able to get some of the most breathtaking views of Paris from the top of Arc de Triomphe. We also looked at some timeless art at the Louvre, Musée d’Orsay and L’Orangerie. We took a tour of Le Palais Garnier, which is the Opera, and yes, I did find the Phantom of the Opera’s box! However, one of my favourite tours was of the Chateau de Versailles. It was simply stunning, and I was awestruck by the architecture and décor. The lavish paintings, statues and gardens are definitely a must see, I didn’t want to leave! We also visited other gorgeous places such as Notre Dame Cathedral; le Champs d’Elysees, Musée Grévin, the Eiffel Tower and took a River Cruise on the Seine.

Unfortunately, that brings me to the end of an amazing trip! For those who do wish to travel to either city, I would suggest purchasing a city pass, especially if you intend on staying in either city for 6 days or more. The pass includes admissions to many tourist attractions and metro cards making it very convenient. I truly enjoyed myself and would recommend both cities to anyone and everyone!