Making a difference in Africa …

Adrianna Hansen, from Bow Island, Alberta, was the winner of the Youthink Contest – Where in the World would you
Volunteer? – sponsored by Study and Go Abroad Fairs.  The volunteer trip was donated by Developing World Connections, and Adrianna chose to go to Kenya this April. 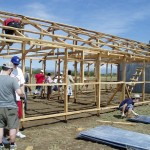 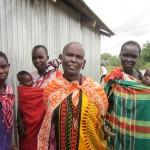 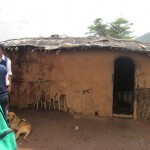 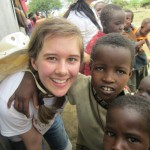 We travelled to Nairobi, Kenya, with a high school group from North Vancouver, and then we continued on to the village of Maai Mahiu.  Our first taste of Kenyan culture was attending a ‘harumbee’, which means ‘to work or pull together’.  This particular event was a fundraiser to
raise money for the local soccer team, which had just been promoted to a more competitive league. After some singing and dancing, the soccer players on the team put into a basket the money they themselves had managed to raise.  Then the crowd was asked to “appreciate’ the
soccer team and then to add their donations.  At intervals, the donations would be tallied, and the process continued several times until the harumbee was considered over.  It was so touching to see all the families contributing to the event… they really pulled together to help out the
members of their community!

Most of our volunteer work was with the Comfort the Children charity, which takes care of the ‘Malaika kids’, a group of children who have
physical or mental disabilities. In African culture these children and their families are traditionally shunned, and the children locked away for the rest of their lives.  However, Comfort the Children takes care of the children in a daycare program, teaches the mothers skills such as sewing, and gives them jobs.  It was very emotional to play with these kids and hear their stories, but also very rewarding as well. I got to hold and play with a little boy who is blind, and unable to speak or sit up. At first he seemed very sad, but one of the high points of my day was making him laugh.

The mission of the volunteer trip was to build a school in a small village called Oiti, in the Maasai homelands.  We worked together with some local workers, and it was amazing to see how quickly the school took shape.  It gave me hope that the children we had been spending time with would be able to go to school one day and hopefully improve their lives and their situations.

During the trip, we also spent a day in Nairobi with some Kenyan high school students.  It was a great chance to bond with them and learn about their lives. It made me realize that young people everywhere have similar hopes and dreams for the future, we just all have different access to opportunities to reach those goals.

The next day, the Kenyan high school students accompanied us to another Maasai village to meet a girl who had been sponsored by the local
high school.  It was so hard saying goodbye at the end of the day to our new Kenyan friends.  I would never have thought that I would have
become so close to them in just a few days!

At the end of the trip, we went on a safari adventure a few hours from our village.  We saw zebras, baboons, rhinos, antelope, water buffalo and giraffe! I have to say, seeing wild animals on a safari beats the zoo any day!   We went for a sunrise safari at 6am the next morning.  The view was gorgeous, and we even got to see lions!

The highlight of the trip, for me, was being invited into a Maasai manyatta (a hut made from straw, sticks, mud and cow dung) for a meal – a feast of goat, vegetable stew and chapattis (flat bread cooked over a fire).  It was such a humbling experience as I realized what a huge sacrifice it was for them to cook such a feast for us, and through this meal, they were welcoming us into their community.  Priceless!

Now back in Canada, I am still set on becoming a midwife after graduation.  However, while I was in Kenya, several people asked me to consider coming back and setting up a clinic. They encouraged me to think about training Kenyan women in the community
to pass on the knowledge and skills to be able to care for other women, and provide a safe environment where they can have their babies. I’m seriously considering this, and this might be a possibility for my future.

For any of you out there who are considering volunteering in Africa, I would recommend keeping an open mind!
Don’t get too caught up thinking about the bugs and potential diseases, and all the other things you’re warned about before you leave. Just try to live in the moment and enjoy the people there. If you make an effort to build relationships with them, they will change your life forever!