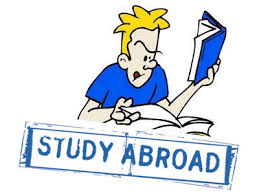 Jenny Perla Leon had the experience of a lifetime this summer.

She travelled to Ghana as a Centennial College student, part of a group of six Nursing and eight Early Childhood Education students during a Global Citizenship and Equity Learning Experience (GCELE), working on community development initiatives in education and health.

Her visit occurred during the height of World Cup fever and she witnessed the feeling of unity that takes place during “the beautiful game.”

“Our group led an activity focused on development of children through sport and soccer’s role in global culture,” she said. “We also had the chance to bond with the local community while watching Ghana’s world cup matches.”

“I had the chance to see how the events of the World Cup can change anyone’s life, even without being at the stadium and watching the game in person,” she continued. “When Ghana played USA, I realized that no matter how rich or poor you were, you paused your whole day to watch one game; everyone united and celebrating as one, becoming friends and sharing the sport of soccer.”

But unfortunately, Jenny is in a minority among Canadian students.

Canada currently plays host to nearly 300,000 international students at schools, institutes, colleges and universities, but it is estimated that only 3% Canadian students at the post-secondary level engage in global internships and exchanges. While this percentage comes from an study that is several years old, new data is hard to come by — and it is clear that participation is still too low. Some of the reasons for this are: tuition and living costs for students to study abroad, lack of awareness about international opportunities, a sense that study abroad experiences are difficult to obtain and concern about credit recognition back home.

Also many exchange destinations chosen by Canadians could be considered “very safe” to some — Europe and Australia regularly top the list, leaving China, Vietnam, Brazil and other emerging powerhouses receiving a meagre number of Canadian exchange students.

“Canada needs to engage in true two-way mobility in order to prepare our youth with the skills for success in the 21st century,” said Jennifer Humphries, Vice-President of Membership, Public Policy and Communications at the Canadian Bureau for International Education (CBIE). “We live in a global world, especially when it comes to trade, generating knowledge and solving borderless problems. Building the partnerships of tomorrow must start today if Canada wants to remain connected and competitive.”

CBIE is Canada’s international education organization, with 150 member institutions from K-12 to postgraduate, from coast to coast.

Earlier this year, Canadian government unveiled its inaugural International Education Strategy (IES), which called for the doubling of international students – to 450,000 – by 2022. The Advisory Panel on IES recommended that the government to introduce an international mobility program for Canadians that serves 50,000 students annually within the same timeframe to make up for the current deficit.

CBIE is doing its part to make these opportunities available for Canadian students. The organization is urging the public, the education sector, business and government to support “Canada’s Global Engagement Challenge.” It is advocating that a minimum of 10,000 awards of $1,000 each be offered in 2015, rising to 12,500 in 2016, and that Canada’s 150th Anniversary be marked by 15,000 awards in 2017. Over the ensuing five years, CBIE recommends that the awards volume rise regularly each year such that a full 50,000 are offered in 2022 and onwards.

“Every financial boost helps,” said Jennifer Humphries. “We want to make sure that a critical mass of Canadian students can have these global experiences and gain international competencies through their home institution programs, be they field schools, community service, classroom study or research.”

Interested in study abroad info for Canadians? Visit CBIE’s student centre at istudentcanada.ca for tips on scholarships, networking with other students, and making the most of life abroad!