A trip back in time .. Krakow, Poland 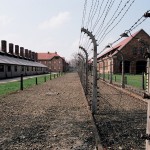 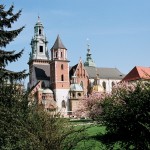 A couple of years ago, I went to Krakow (or ‘krakuf’ as the locals pronounce it) – one of the oldest cities in Poland, dating back to the 7th century, and the Polish capital city from 1038 to 1596.  It’s amazing that this beautiful city, now a major academic and cultural centre, started as a small hamlet on Wawel Hill.    Now, on top of the hill, overlooking the Vistula River, is the Royal Castle with an armoury and the Cathedral.  This is a place of great significance for the Poles; many of the Polish Royalty and other distinguished people are buried here and coronations also took place here.  The best-known Archbishop of Krakow was, of course, Karol Wojtyla, who went on to become John Paul II.

One of the sadder parts of Krakow’s history is that when Nazi Germany invaded Poland at the start of WWII, the city became the capital of Germany’s General Government and the Jewish population was sent to a walled zone known as the Kraków Ghetto, and from there to concentration camps such as Auschwitz and Płaszów.  Auschwitz is a day trip from Krakow and I thoroughly recommend it.  I can’t say I ‘enjoyed’ it but it’s really important to see this black landmark of Europe’s history.  Between 1942 and 1944 it’s estimated that 3 million Jews from all over Europe died here.  Very sad!

The main market square is in the middle of the medieval old town (or ‘stare miasto’) and is a great place to hang out and admire the architecture over a beer.  It’s lively and busy, with tons of cafes, pubs and clubs around the outside.  The old town boasts 6,000 historic sites, including some stunning churches (check out the 14th Century St Mary’s Basilica).

From Krakow, a day trip to the Wieliczka salt mine is a must.  This mine operated from the 13th century all the way to 2007, making it the world’s oldest operating sale mine.  It’s an amazing tour and the salt chapel is impressive.  The mine is still used as a spa – the world’s only underground treatment and rehabilitation centre.  If you suffer from any respiratory issues, come to Wieliczka to stay 443 feet underground and restore your health (maybe not a good choice if you’re claustrophobic though!).

Krakow is a walking city – you can do most of it on foot (although i recommend comfortable shoes).  For the day trips, there are local buses, tours and taxis.  A fascinating city to visit!